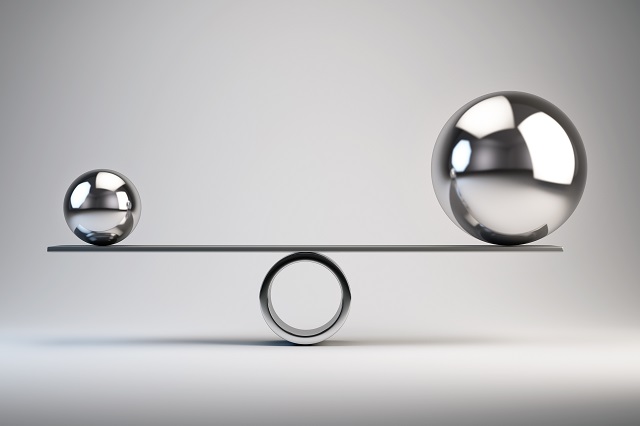 Most, actually all ideas mentioned on this website are being protected by patent pending.  I will discuss my decision to do patents in a separate post.

I believe business is about solving problems for customers and I believe that money is a tool to measure how well a business is doing its job. I am a capitalist out of conviction. The competition will give us continuously better solutions. The speed of innovation is driven by the creativity and instincts of entrepreneurs to make a difference and not to blend in with what others are doing.

Business and product development is often surrounded by confidentiality, secrecy, and legal threats based on Non-Disclosure Agreements and sometimes on Non-Competes. I understand the reason, protecting investments, but I can also see the irrational side of it.

A market is evolving from (a) determining what solution will be dominant, to (b) having a market with huge growth rates, to (c) a market in which brands are battled out their market shares, and finally (d) a market that is settled and only a few new companies are daring to challenge the incumbents.

In ASI Safety, we are currently in stage (a), even pre-(a), but there are good reasons to believe that ASI Safety could turn into a global technology. In order to achieve its goal, ASI-Safety tech should be in every IT device — with multiple ASI Safety components. Personally I believe, only when that mission is accomplished, we could see into the future calmer, more optimistic, and with serenity.

I believe that these ASI Safety components (for new devices), produced in mass, could cost a single dollar or even less. I wish it would cost less — and I am quite bullish on that outlook. So there should really be no real reason why ASI Safety would NOT be included in all future products by default. Even if users would decide that they don’t want to activate some of its features, like the ASI watchdog, ASI Safety should be part of every IT hardware.

I can understand if some people say, in particular, privacy advocates: “We don’t need that”, “Governments may sure it against us”. Pre-ASI, there is certainly less a reason to have watchdog active, but once we have ASI in our lives, ASI watchdogs will become an indispensable tool. We need broad acceptance. So why not have it as something that can easily be activated when we really need it. Technically

I would advocate for getting all ASI Safety components as cheap as possible. Why not making it free. But there is a problem: we remove an important incentive — making money — from the context. And realistically, someone would have to pay for it anyway.

However, it is useful to analyze the market, price dynamics, and technology ecosystem in more detail. It will be up to the hardware manufacturer to support ASI Safety Technology or save a bug and skip over it. There will be some R&D required to include ASI Safety in a product’s hardware and software. Some companies will welcome this opportunity and some might be even forced to do it because of the National Security implications. If new major features are being introduced then they are included in all products, if the user or consumer wants it or not — hardware manufacturer don’t want too much hardware diversity (definitely not on a continuous basis), because that would only increase the testing risks because they would need to go through the entire test-scenarios twice: with and without that feature — and that is not going to happen.

Software manufacturers are different: they are just to deal with hardware diversity, and they have created tools (like layers, independent modules/components) and methodologies to deal with that complexity. Supporting new features is less a question of should it be done than has our competitor already done it.

If the success of ASI Safety depends on implementation on a global scale, then we will have two major drivers: low costs of implementation (including maintenance) and additional features that ASI Safety/Security could support. To simplify the discussion, I will assume that ASI-Safety technology will be bundled, no piecemeal. This makes sense as many of the ASI-Safety features are based on a few components, and it would be so much better to have all features included and not only one or two.

The costs of producing hardware components are primarily about the tooling to get it produced, tested, and shipped. After these investments are done, the components are basically dirt cheap. Therefore, the expectation that ASI Safety products can be produced for a dollar or less is quite realistic. The intellectual property for hardware and software can be developed as open source. Because of the huge quantity of components, the market could still be worth billions.

The additional features that could be built on top of the hardware are significant. I already mentioned some in the post on Standards in ASI Safety. Although the standards will primarily support Safety and Security, we should keep an eye on what additional add-ons can be provided. One example could be the tagging of (legacy) devices using RFID — so that we have quick access to these devices in case of a Kill-ASI event. This tagging, done with the intention of being comprehensive, can help users and device owners to create an inventory of devices available to the owner and a chance to use an RFID scanner to locate them quickly. Other tools related to removable storage devices or media don’t need to be applied prior to the Kill-ASI event, but they are available and would allow users to organize their content very efficiently using additional products entering the market at that time.

Moreover, the Key-Safe can also be used to manage all access credential a user has without the need to remember any password at all. The Secure Confirmation Interface (SCI) together with privacy-protected video cams within users’ homes would give users and site-owner the confidence that the real person behind the credentials really signed in. Because of the elevated trustworthiness in confidentiality, user identification, and authentication, users could even sign in to another system and if the OS manufacturers would agree, then a user would not even be concerned that the original owner of the machine would have some spy component running on that machine.

Finally, encryption, the use of PKI, and digital signatures could be completely automated and applied by default. Governments might be concerned that unbreakable encryption would help the bad guys, but all countries have already accepted the supremacy of the law, and technology should give law enforcement only access to some surveillance capabilities. Because of the separation of power, we should trust courts to be an additional check if governments are encroaching on individuals’ privacy. With predictable and accurate record-keeping, together with access to technology, I want to believe that we have a foundation to create sufficient transparency even in jurisdictions that have a less established culture of judicial independence.